Battery cells are the basic unit of a battery pack. They constitute the smallest element of the battery system in terms of the electrical circuitry and greatly define the behaviour of the battery.
Bold purchases battery cells from specialist suppliers that formulate different chemistries. The value we add is in selecting the most appropriate cells for every application. The main factors that drive cell selection are discharge rate and capacity. There are many other factors involved in the selection that will also count. For example, the quality of the cell also determines the aging performance. Aging of the cells might cause self-discharge, increased impedance and decreased capacity.
Cells are tested to obtain the working parameters for our electrochemical models. We use simple models for initial rough dimensioning of the battery pack. Additionally, we use equivalent circuit models to predict behaviour of the cells systems. We can characterise cells to get data for our models. Otherwise we use data from reliable suppliers or previous tests we might have done.

Bold uses CAD to accurately model the battery system in combination with the electrical modelling of the battery system. We work with Catia v5 and Fusion 360 depending on the requirements of the project. Design is done concurrently between electrical design and mechanical design.
There is also a focus on material selection to achieve the electrical performance specifications, especially in bolted mechanical joints and welded joints. We have an extensive material and surface coating library of specifications for different levels of performance that cover most markets. On this front, we work with specialist suppliers to achieve the quality and reliability expected.
Further information about testing and mechanical design of battery packs will be added in our article area in the website in the nearby future.

Bold is continuously developing basic cell models for simulation of battery packs. These tools are very powerful to predict the behaviour of the battery and correct dimensioning of the system. The basic unit of a battery is the lithium ion cell, which is combined in a pack to create a battery. Although the lithium ion cell is the main ingredient that controls the battery pack performance, the arrangement in which cells are combined largely determines the behaviour of the pack.
Many companies can arrange lithium ion cells in a cradle and create a battery pack, but few can develop a pack from analytical models. There is great potential in these tools, and we are pushing to improve the mathematical models and testing required to achieve an efficient design in terms of cost, volume and durability.

We believe, that part of our advantage is in the fact that we can perform both the mechanical design and electrical design of the battery. Since both aspects are interrelated, getting accurate data from physical tests to adjust the model is crucial to understand and simulate the battery pack behaviour.

How to simulate the performance of a battery pack?

To simulate the performance of a battery pack, there are different approaches that have been developed. There are mainly two categories for these: electrochemical models and equivalent circuit models. Electrochemical models try to explain the behaviour at cell level by working out the dynamics of the chemical reactions inside the cell. This approach is complex and not well suited when it comes to large battery packs, such as the ones used in electric vehicles. Since the behaviour of the battery is calculated based on the physical reactions and parameters in the cell, the inaccuracies are significant [ (Nikolian, et al., 2016)]. These models are better suited to understand the dynamics at cell level and battery design than for electric vehicle battery pack simulation.
Electric circuit models simplify the physics in the battery cells by substituting cells by resistors and capacitors. Although, each cell is represented by several different elements, ECM work directly with voltages, resistance and capacitance parameters of the cell. The fact that these parameters can be measured directly at the lab, removes some of the inaccuracies of electrochemical models. Furthermore, these parameters are measured during charge and discharge processes, which are the conditions the system is designed to simulate (Zhang, Lu, Yuan, Yang, & Zhou, 2017). Hence it is by directly adjusting these parameters that the simulation will be correlated to reality. To sum it up, ECM try to replicate the behaviour of the battery cells by replacing the electrochemical reactions by direct mathematical equations that describe the resistance and capacitance of responses of the cells.
ECM are used to simulate state of charge (SOC), state of health (SOH), amongst others. Although scholars and companies have developed many equivalent circuit models in different levels of complexity, we focus on first and second order models. There is always a trade off between complexity and accuracy, which always cost computation resource. In addition to SOC and SOH, these models can also be improved to account for the thermal behaviour of the systems. That is linked to CFD analysis and physical tests to validate the model. In a battery pack, not all cells are at the same temperature. Since the electrochemical reactions are affected by the temperature, there will be a gradient of performance amongst the battery pack cells.

The thermal management of the lithium ion cells for a custom battery pack is an important aspect of the system. Lithium ion cells are the most efficient cells currently used for electric vehicles. However, they are sensitive to degradation with time and operating temperature. The degradation as a function of time is also linked to temperature, thus it is important to be able to have control over the thermal behaviour of the battery pack.
There are different approaches for battery thermal simulations. Mainly analytical models using MATLAB / Simulink and CFD (Computational Fluid Dynamics) tools. Bold has both tools available to perform thermal simulations on battery packs from CAD and analytical models.
The cooling system of a battery pack is designed based on the usage of the pack, mostly linked to ambient temperature range and charge/discharge rate of the lithium ion cells. Liquid cooling systems are used for high discharge rates, such as the battery packs used in electric vehicles and more particularly in motorsport. These systems are efficient in dissipating heat from the cells onto external air via a heat exchanger. However, that comes at a cost penalty. Other battery packs are cooled by convection using forced air flowing around the cells. These systems are simpler, but air is not as efficient as liquid cooling.
CFD simulation can predict temperatures on the cells and cooling system, by using a finite element approach to solve the problem. These sorts of studies require huge computation power to which Bold has access to.

Accuracy is important because a small temperature difference on cells (e.g. 5°C difference) can cause noticeable capacity and performance differences.

When designing a cooling system for a lithium ion battery pack, this has not only to be sufficiently powerful to dissipate the heat, but also to keep an even temperature distribution on the battery pack throughout its lithium ion cells.

The sources of heat in a cell

There are two sources of heat in a cell:

Both heat sources can be incorporated in a simulation-based model using equations that for example depend on time and power duty cycles. These boundary conditions, must of course, be correlated with experimental testing data to ensure good fidelity of the results with reality.
The geometry of the cells and the way heat is transferred from the cells to the coolant is critical. Hence Bold prefers to use a CFD approach when CAD model data is available during the design phase. It is important to note, that even for the same type of cells (e.g. pouch), one might note that not all cooling approaches work with the same efficiency. This is because the internal construction of the cell plays a role in determining how heat is generated and transferred inside the cell. The factors related to these are for example tab position, tab material, separator type, amount of separator layers, insulating layers, amongst others.

The cooling system is vital for most battery systems. Especially for high power battery system for motorsport, automotive and other short cycle devices. Our mechanical engineering expertise is very strong with on this field. Bold can design the entire cooling system inside and outside the battery pack. Inside the battery pack, the system is in close contact with the cells. In liquid cooling systems, the fluid is transferred outside the pack to a heat exchanged which is usually then cooled by air. This is very effective thermally but has impact on the aerodynamics and weight. However, some battery systems might only be cooled using liquid systems due to the high power of the unit. 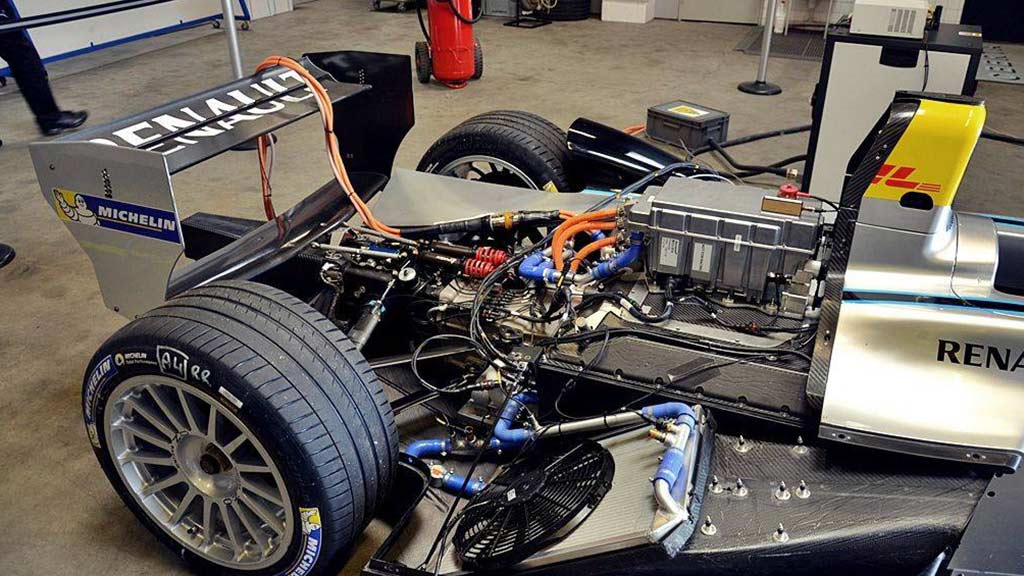 Bold has solid experience at designing these systems and cell carriers to specific load cases. For vehicles, these are mostly inertial load and modal cases. There are operational load cases such as accelerations during breaking for example, and crash load cases. Obviously, the accelerations during heavy crashes are higher that normal operation of the pack. However, designers cannot underestimate the harshness of vibrations. Bold can validate the design using physical testing, including destructive testing. The main physical tests are vibration, drop test and pressure testing. We can accommodate these tests for design validation and sign off procedures for every pack produced. It is also important to mention the UN38.3 regulations for transportation of lithium ion batteries. We have designed several packs to get the UN38.3 certification.

UN 38.3 for battery custom made packs

The UN38.3 transportation tests for lithium ion and lithium metal batteries and cells are a series of testing events required to obtain approval for transport across international borders.
The acceptance of the test is granted if the battery suffers no disassembly or fire after the test or six hours after the events of the test, and the external temperature does not raise above 170°C.
Bold can commission this test and more importantly assist our customers in the design to achieve the UN38.3 certification. As we will see in the next paragraphs, the test consists in a series of events that include vibration, drop tests, and environmental tests that are highly demanding for the battery and cells.
Our services in that regard include mechanical design aspects and electrical safety aspects. We use finite element analysis to study the mechanical design of the cell block and enclosure. For electrical design we can assist in the design for electrical safety elements such as fuses, contactors, and all the other details that will protect the battery in an emergency event. Moreover, we have the experience to design for safe assembly and handling of the battery by the technicians.
The UN38.3 tests include mechanical tests (vibration, shock, impact) and environmental tests (altitude, thermal) and electrical tests (external short circuit, over charge test and forced discharge).
Four or eight cell block units are required for the test depending on the weight. The duration of the test is around 4 to 5 weeks.

This website uses cookies to improve your experience while you navigate through the website. Out of these, the cookies that are categorized as necessary are stored on your browser as they are essential for the working of basic functionalities of the website. We also use third-party cookies that help us analyze and understand how you use this website. These cookies will be stored in your browser only with your consent. You also have the option to opt-out of these cookies. But opting out of some of these cookies may affect your browsing experience.
Necessary Always Enabled
Necessary cookies are absolutely essential for the website to function properly. These cookies ensure basic functionalities and security features of the website, anonymously.
Analytics
Analytical cookies are used to understand how visitors interact with the website. These cookies help provide information on metrics the number of visitors, bounce rate, traffic source, etc.
SAVE & ACCEPT